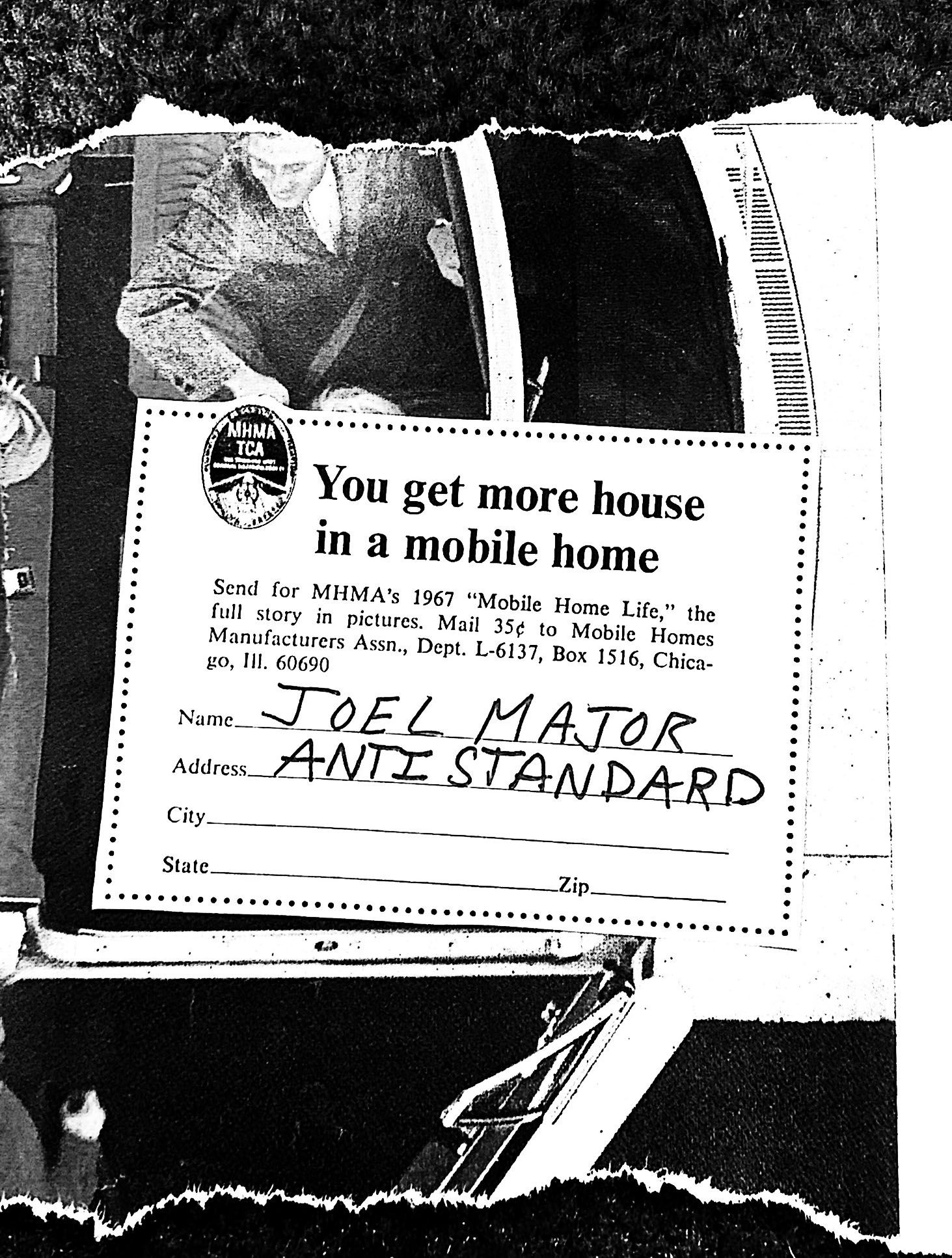 I will always be an advocate for the D.I.Y. culture because I believe cheapness has it’s charm too.

Amidst the photography bigshots and amazingly niche sculptural artists of the internet, I stumbled upon some of my favorites in the past 3 years. I wouldn’t consider Joel Major a photographer, I consider Joel an artist and one I would classify an inspiration.

There’s a talent and a rarity in making work that is not only bold but has that look-the kind where you can almost see what’s beyond the frame. Where you can understand not only the want to make art but the need to.

I must admit I’m writing this after walking home from work in the rain. I have no fucking idea why it’s raining in January and how I can walk with only a sweatshirt and not feel cold. If I acknowledged every piece of trash on the way to my apartment, I would still be outside. Boston at the moment is bleak and ugly and I believe a lot of places can feel that way right now. But what comes back to me, again and again, is this idea of interconnectedness, that in many ways we are very similar. It’s a new year and in my humble opinion, I believe there are hundreds/ thousands of artists who, like Joel, make work that is worth checking out. Truly I believe it is time we grow up and stop swooning over celebrity ‘artists’. There are so SO many artists out there, here’s one of them:

T+P) When I think of Joel I think colors, patterns, textures, music, and someone I’ve been following on Instagram for a long time! So please, in as much or as little detail as you’d like, tell us, who IS uh_oh_its_joel / oh_no_its_joel

J) Well, first off, let me say how happy I am to be doing this interview with you! The artwork of my fellow IG peers has definitely had a positive influence on me, so in that regard, thank you.

oh_no_its_joel was/still is my personal Instagram account on which I occasionally post rough drafts for content that I eventually present on my public account, hence the need for uh_oh_its_joel. But to put it simply, Joel Major is just a weird kid from a small, Southern California town making things in his bedroom and putting them out into the world.

T+P) Talk to us about your art-making process, where does art fall into your everyday life?

J) The process of creation always varies. I can be watching a scene from an old horror film, or looking at fabrics with really crazy designs/patterns and instantly get bombarded by a number of ideas and possibilities for photographic images. It’s the same with paintings (James Ensor, Karel Appel, and more recently, Ginny Casey are some of my favorites); if the colors and subject matter on the canvas are extremely bright or just plain weird, they cause my brain to short circuit from sensory overload and then reboot with even more inspiration. There is hardly ever a moment when art isn’t on my mind, so even if I’m not making it, I’m constantly thinking of new concepts and techniques which will eventually be put into practice.

T+P) Tell us if you dare, what is your dream piece of art that you’ve yet to create? Or maybe are already in the process of creating!

J) I’ve had a lifelong obsession with masks, particularly grotesque and creepy Halloween monster masks from the 1960’s all the way up until the early ’90s. I’d like to think that if these were real people, how would they wish to be remembered? What would be the image that would define them? I am currently exploring this concept through a continuous series of self-portraits shot with a cheap digital camera that I’ve had since I was about 19. I’ve even had the idea of making each picture into a trading card with a fictional biography of each character on the back, and even an album of instrumental theme songs to accompany them, but I’m still a long way off from completing this project.

T+P) Now let’s talk about your music…which I’m listening to as I write this! Describe your process of making it, do the lyrics come to you, or do you plan everything out?

J) This requires a little bit of backstory, so pardon my long-winded response. As with my visual art, here too the process varies. I’m a late bloomer when it comes to making music, and I didn’t really start getting serious about it until last year. I’m completely self-taught with everything. In addition to playing all the instruments on my songs (badly, I might add), I also record them along with the vocals and mix the end result of said recordings. I have two monikers I make music under Camp Wonderful and Strange Visitors.

Camp Wonderful is inspired by Shel Silverstein, Daniel Johnston, and good old-fashioned nostalgia; sappy bedroom pop music for shy loners, essentially. A majority of the songs I come up with for this project started as lyrics which I either write down in a little notebook I keep with me, or sing into my handheld tape recorder for future reference.

Strange Visitors is more inspired by synthesizer-driven punk music like The Screamers, Suicide, and some of the weirder moments from Devo, and focuses more on sci-fi /supernatural themes. With S/V, it’s either a melody or a beat that provides the skeleton for a song, lyrics are always secondary.

T+P) We were just talking about your process of living in a lo-fi world, what does lo-fi and being scrappy mean to you? What have you learned from working with what you’ve got on hand, and how has that formed you into the artist you are today?

J) I would say that working with such restraints has made me even more appreciative of those artists who manage to take discarded junk and turn it into something beautiful. I don’t think a good piece of art should ever be dictated by the quality of whatever medium it’s being presented in, (i.e. technological equipment, etc.). I will always be an advocate for the D.I.Y. culture because I believe cheapness has it’s charm too. Even with limited resources, I still feel as though I can make a compelling enough image that effectively communicates how chaotic and absurd my own mind can be.

T+P) Now, tell us a personal anecdote, your favorite story! Your most embarrassing story! A story that defines JOEL!

J) Several years ago, a friend of mine threw a punk rock show in his backyard, and as a joke, I told him I would open the show with a hip hop set. Seeing as I was the opening act, I didn’t anticipate there would be too many people in attendance, so I decided to wear the most ridiculous outfit I could cobble together. The ensemble of choice? A pink ski mask topped with a blue and purple wig, purple sunglasses, and a vintage Vanity Fair bathrobe, all found at a local thrift shop. Shortly before the show started, I donned the outfit and requested wrestling theme music be played over the PA system to mark my “grand” entrance from the kitchen to the backyard. As soon as the music hit (Goldust’s 4th theme song, to be specific–a dramatic, yet fitting piece) I flung the backdoor open and stumbled awkwardly over uneven patches of dead grass and dirt mounds to the makeshift plywood stage. The music stopped as soon as I grabbed the microphone, and when I looked up, what I saw wasn’t the usual three or so curious people who arrived way too early to a gig, but about twenty-five, local punk rock kids in spiked denim jean jackets and leather, drinking cheap beer and looking on in sheer confusion at the person supposedly providing their entertainment. Needless to say, I powered through the heckling and overall awkward atmosphere and performed for a full twenty minutes, ending the set with an acoustic cover of Teenage Dirtbag by Wheatus. I haven’t been asked to play a show since.

Thank you, Joel Major, for being a part of Thrifts and Prints #antistandard series.

Please check out Joel’s work and if you’d like to be a part of Thrifts and Prints Anti-Standard series, seriously just let me know! 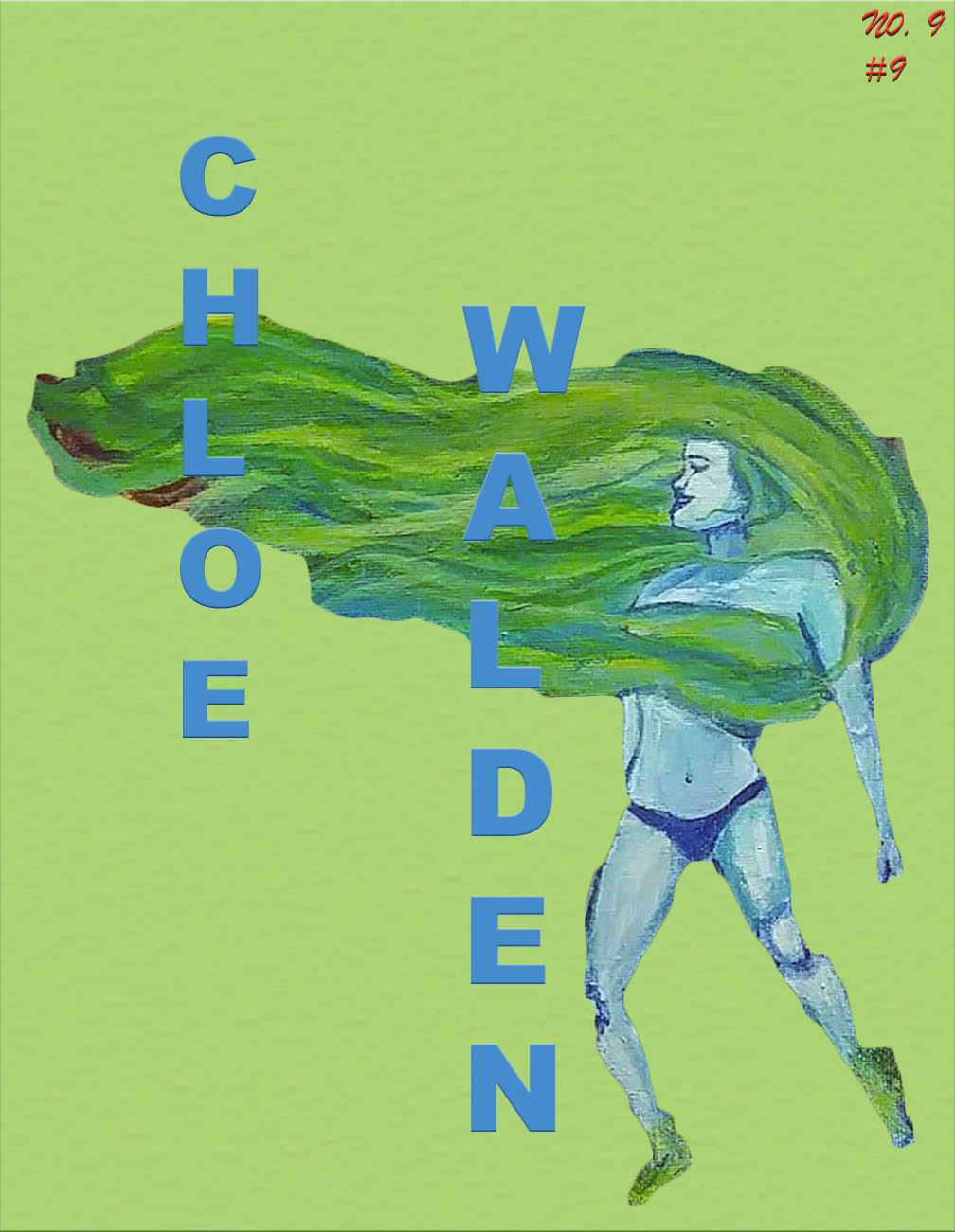 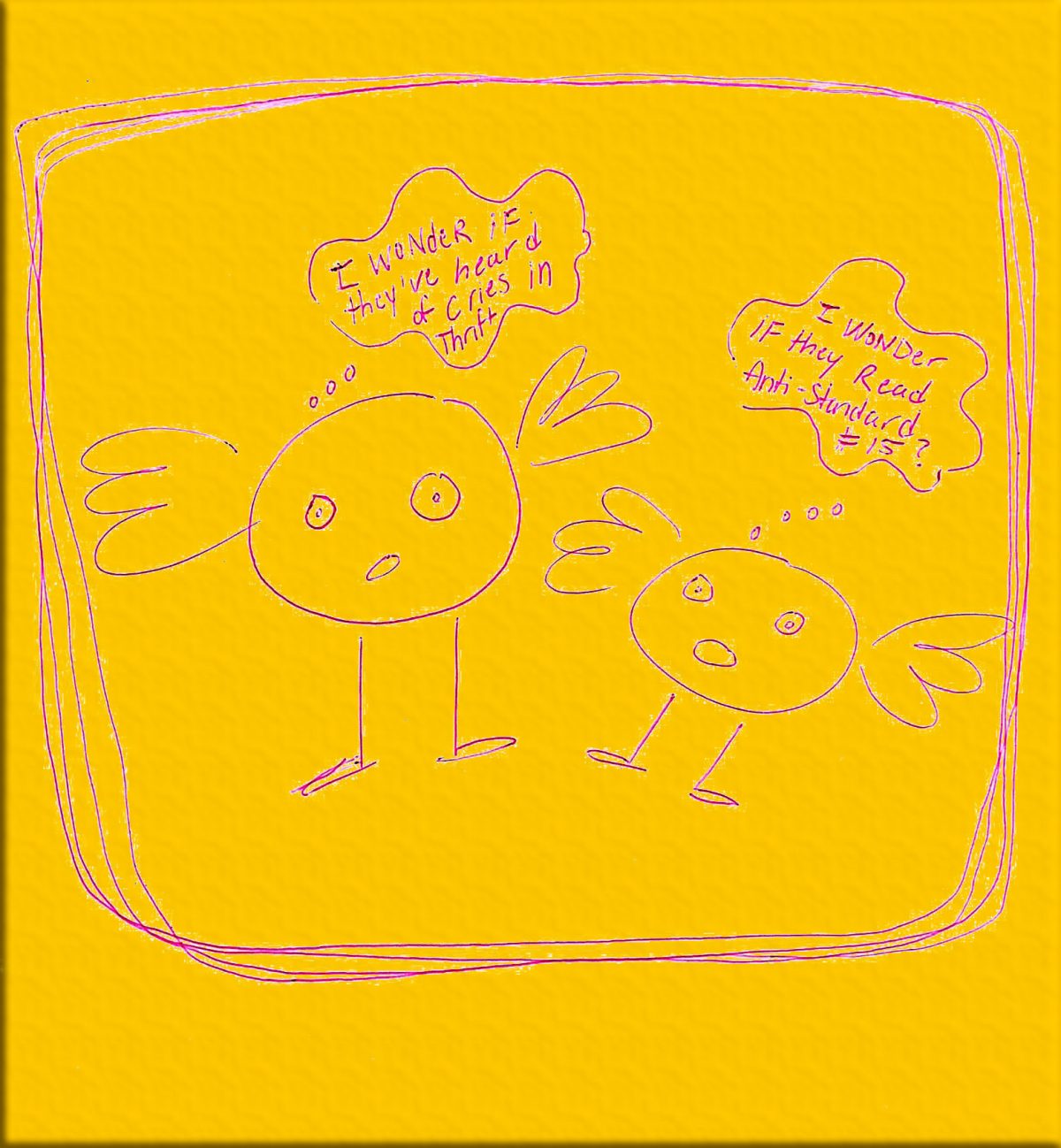