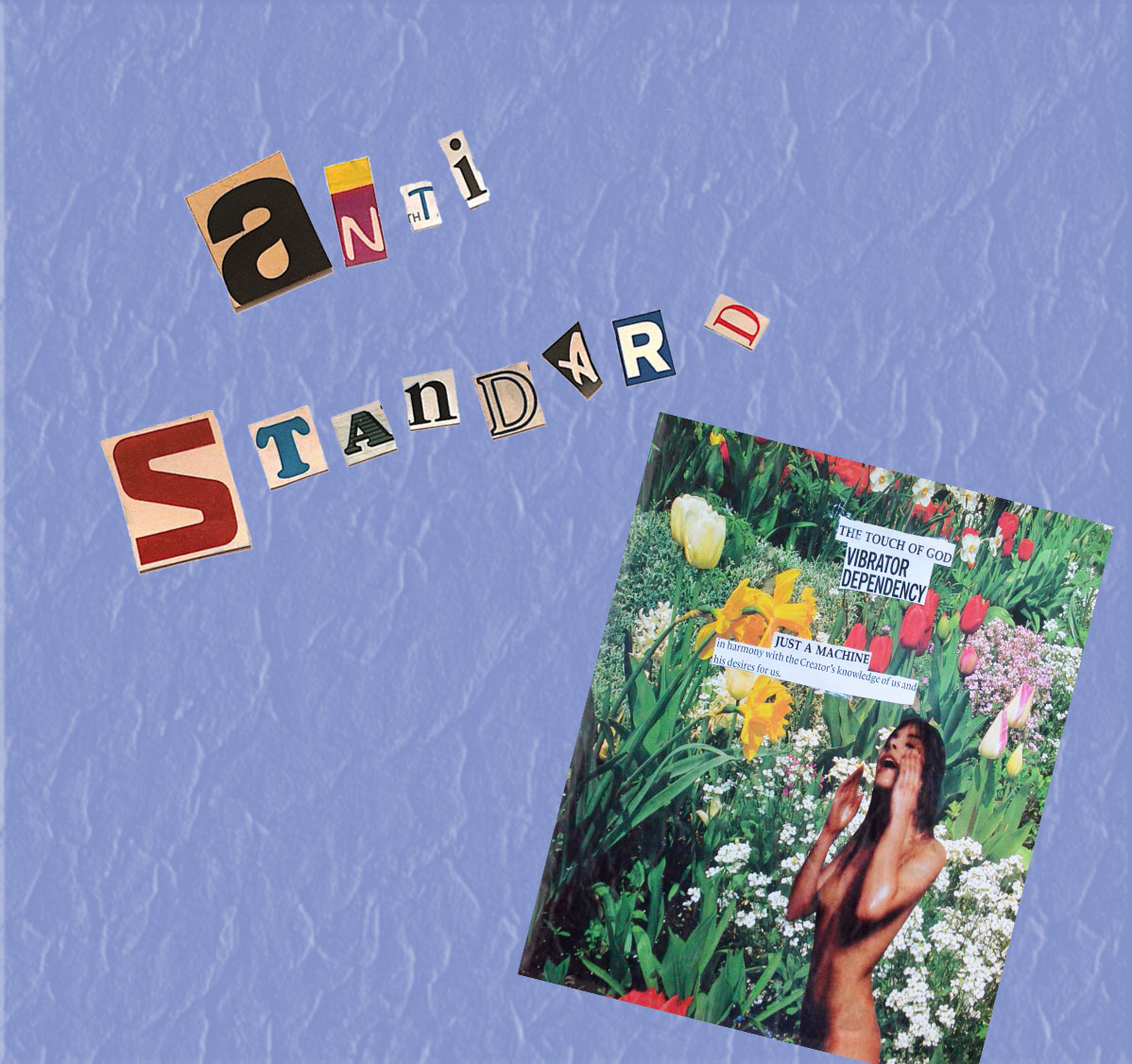 “It’s my biggest fantasy to have some sort of commune with all the creatives and activists and sex workers I’ve befriended online.”

Fiona runs Stop Speaking For Us: ‘A space for sex worker voices. No filter. No agenda. Civilian opinions don’t matter’ (via Instagram).

T&P: As a vocal sex worker and artist, you’ve created Stop Speaking For Us, a platform for sex workers voices where civilian opinions don’t matter, can you talk about the necessity of creating this online space?

F: So many sex workers feel like they can’t be authentic on their business accounts, but they can’t talk about work on their personal accounts either unless they want to risk their safety. The work is so stigmatized that sex worker voices are completely pushed under the rug unless they fit into some civilian activist’s or politician’s agenda. Almost every person writing legislation about us and creating narratives around us has never even talked to us. It’s so much easier to control and vilify us when we’re completely silenced. It’s so so so necessary to have a space where sex workers can show their incredibly unique experiences and discuss ways to solve the industry’s problems, where civilian opinions are 100% irrelevant for once. Because it’s really truly unbelievable that people with zero experience in the industry are the ones doing the most talking.

T&P: Speaking of online spaces, how does your practice of collage, graphic design, and painting (and more!) help inform the often difficult and vital conversations regarding sex work?

F: A lot of what I post is created specifically for social media and used as a tool to invite people into difficult conversations. I found that people are hesitant to fully read or engage with walls of text, but if I can create something simple and visually pleasing with a somewhat relevant theme to post along with it, engagement skyrockets. Even if I have nine slides of pure text accompanying it, people actually read and share every slide as long as there’s an interesting photo at the forefront. So art and education are very intertwined on my page.

T&P: You recently were accused of ‘stealing artwork’ (which you DID NOT] and were vocal about the matter, as you should be. Why’s it important to call out behavior like this?

F: It’s so important to point out the ego of men and how they try to dominate creative spaces (well, all spaces). White cishet men have been claiming ownership of everything since forever. Most likely, my career and my life were not going to be impacted by this man lying about me and demanding attention he felt I was taking from him. But we have to shine light on the various ways non men are silenced, belittled, and intimidated or it’s never going to be addressed.

T&P: “Please stop trying to talk to me, just click the link in my bio” Can you explain what this phrase means to you?

F: I need people to realize that I do not exist for their amusement!! It’s easy to feel like you “know” someone because you follow them on social media, but you don’t. Too many people fail to realize that you’re not entitled to full access to a human being because you stumbled across their Instagram account, or even because you made a purchase from them. When I create art or porn, that’s a piece of myself and my time I’m allowing people access to. That is all you get. I’m disabled (i.e. usually tired) and small talk makes me want to lay in traffic even on my best days. I hate social media and only put effort into it so I can make a living, not talk to strangers all day. I mean, I’ve met amazing people through social media, but it definitely didn’t stem from them messaging me “hey” and getting irritated that I took 3 days to respond.

F: Mostly I’m not grounded lol. But cannabis and surrounding myself with understanding people helps.

T&P: If you could offer advice to someone just starting sex work, what would you say?

F: Consider what will happen if your parents/boss/ex partner find out, because the chances of that happening are incredibly likely. Too many people don’t realize how common getting outed is, regardless of how cautious you are. Hatred of sex workers knows no bounds and people will go to ridiculous lengths to try to ruin your life. Even after taking every precaution, someone I knew in real life found my work and outed me to my entire family. Research how to keep yourself safe and only proceed if you’ve come to terms with the possibility of your grandma calling you to grill you about your premium snapchat.

T&P: You’ve talked openly about your ten year relationship and how that shocks some people. Your backlash response is brilliant: “Is you sex life even that enjoyable if you’re not broadcasting it to hundreds of people?” Why do you think it’s hard for outsiders to understand SWs can have healthy, loving, long-term relationships?

F: It’s hard for people to wrap their heads around any relationship that isn’t striving to be the perfect Christian union they’ve seen portrayed all their lives. People are generally disturbed when they see shameless deviation from: get married, never find anyone else attractive ever again, assume complete ownership of your partner’s body, have kids, etc. The negative stereotypes about sex workers certainly don’t help. The funny thing is that we’re monogamous and have never dated anyone else, so we inadvertently live up to weird ideas about “purity” more than 90% of the people who tell me we’re going to hell or must not actually love each other.

T&P: If you could build an in real life space with the same energy as your online pages, what would it look like and who’d be invited?

F: It’s my biggest fantasy to have some sort of commune with all the creatives and activists and sex workers I’ve befriended online. I learned about Timothy Leary when I was in middle school and was competely enamored by the Hitchcock Estate. So naturally since I was 14 I’ve wanted to move everyone I know into a mansion to make art and do drugs in peace. Except there wouldn’t be any rich dudes and there would be a much stronger emphasis on dismantling oppressive systems.

T&P: You’ve used your platform to talk not only about sex work, but classism, racism in industries from SW to Cannibis, and respecting religious practices in the form of online zines. Educated and well organized, where do you usually begin when you are tackling these largely important conversations?

F: I literally always begin with pure rage. Rage is consistently my biggest motivator and reason I work so hard to educate myself and others. I witness someone causing harm or have someone say something ignorant and disgusting to me and it makes me so mad. I’m like, how do I fucking destroy this? How do I dissect every piece of their shitty mentality and beliefs until there’s nothing left but the bare bones of how wrong they are? That’s not usually the best tactic to convince someone of something, but! It pretty much always results in hours of research while I try to get a full understanding of the problem and get to the core of harmful beliefs. And I know most people don’t do that, because most people are just trying to live their lives, or don’t hyper-fixate on things due to mental illness like I do. So I try to condense things I learn and observe into easily digestible Instagram squares in hopes of getting other people questioning things, and there being even one less person spewing dangerous bullshit at other humans. I get a LOT of backlash but I also get the occasional message like, “I never thought about that before, this really changed my perspective.” I happy cry a little bit and then it makes me 10x more angry when the next asshole refuses to understand that their experiences aren’t universal and the process starts all over again.

Stop Speaking For Us

*All images belong to Fiona, including the collage in the featured image! 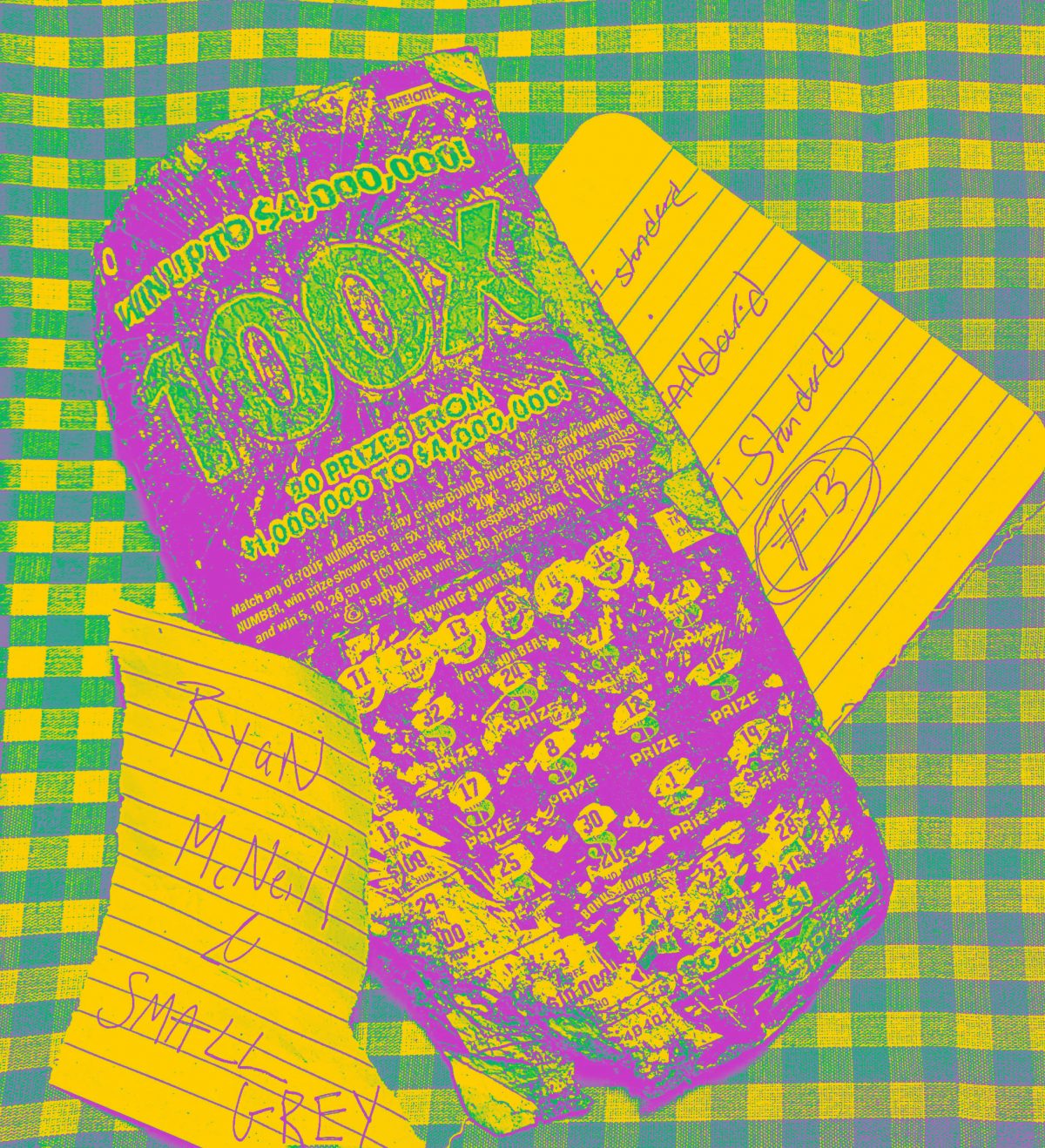 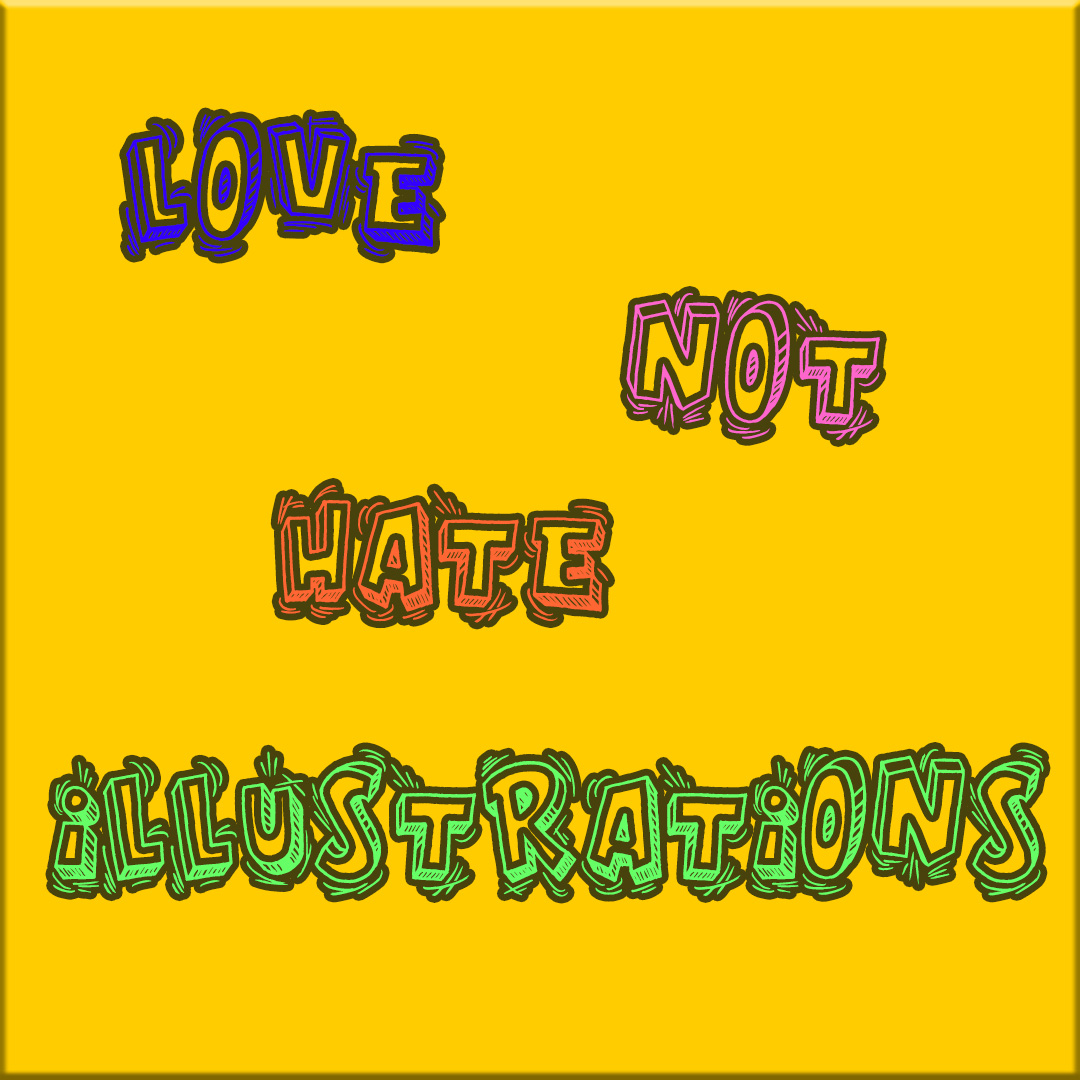 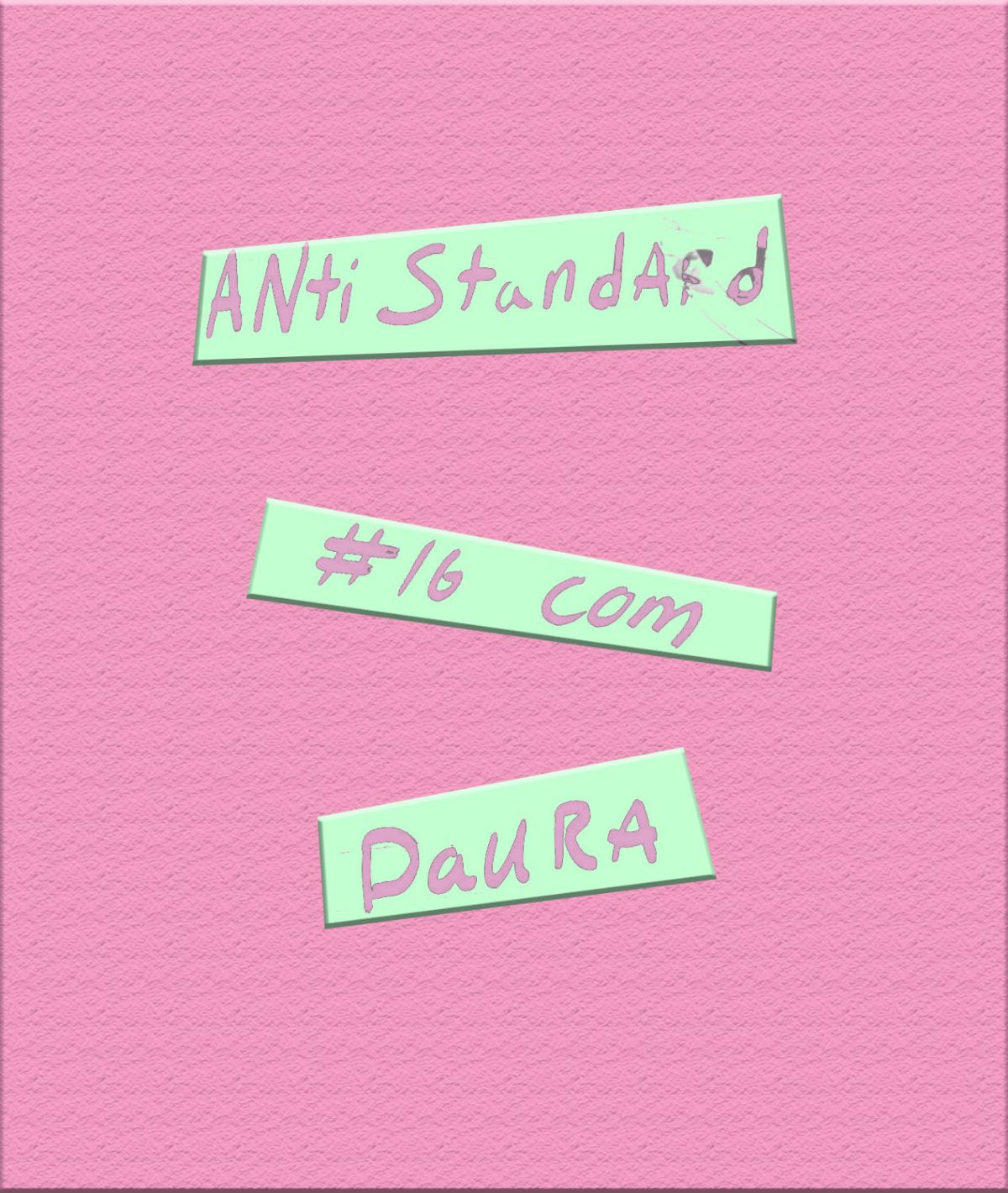